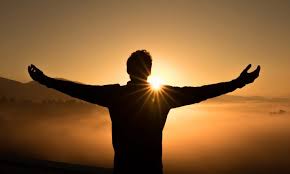 It’s fun when you recognize a famous person. We were in New York number of years ago, just walking down a street in midtown Manhattan, and we noticed a guy with a TV camera and another with a microphone and out of a black car emerged George Clooney. We watched him give a brief interview, and then he was gone. That was probably the closest I’ve been to a star. It was easy to recognize George because we have seen his face a hundred times, but in the days before mass media, famous people were harder to recognize.

Carl Sandberg, in his book, The War Years, tells the story of President Lincoln encountering an enraged army private crippled from his war wounds. The soldier was angrily cursing the government, from the president on down, and Lincoln calmly asked him what was the matter. “I want my money. I’ve been discharged here and can’t get my pay,” the man said. The president tried to assist the irate private by explaining that he used to practice law and thought that maybe he could be of some help.

With that introduction, the unassuming Lincoln sat down at the foot of a nearby tree and read over the crippled man’s papers. He wrote a notation on the back of one of the forms and told the wounded soldier to take it to Chief Clark Potts of the War Department. The president got up and left.

A.W. Swann of Albuquerque, New Mexico had witnessed the whole scene and went up to the private and asked him if he knew who he had been talking with under the tree. The soldier responded, “Some ugly old fellow who pretends to be a lawyer.” We would never have that problem today, with the president’s face always in the media. There is, however, a very famous person we have trouble recognizing.

He is around us constantly. We should be able to see Him every day. But, more often than not, we fail to see Him. His name is Jesus. Would you recognize Jesus if He sat down next to you? The disciples didn’t. When Jesus rose from the dead, no one seemed to recognize Him. He walks with two of His followers on the road to Emmaus,

and they have no idea who He is. He appears to His disciples, and they think He is a ghost. He stands before Mary outside the tomb, and she thinks He is
the gardener. Jesus comes to His people, but they fail to see Him when He comes.

The same thing happens to us. The good news of the gospel is that Jesus is alive. He is Emmanuel— God with us! He promises to always be with us in
this world. Our problem is one of recognition.

I remember a time I was going shopping, and I passed a woman sitting alone on a bench outside the store. She was talking to herself and crying. She obviously was hurting, but I was in a hurry and hustled into the store. It was only later that I realized that I had passed Jesus on that bench. Jesus comes to us as those in need: hungry, thirsty, sick, or distressed.

He comes to us in the form of a neighbor who needs a listening ear, a co-worker who is hurting, or a family member who needs financial help. Jesus makes that very clear when He tells us: “Whatever you did for one of the least of these, you did for me” (Matthew 25) . I missed Jesus when I didn’t stop to at least offer my help to that lady in distress.

Jesus also comes to us through people who offer encouragement, counsel, love, or assistance. A friendly smile, a word of blessing, or a gift from a loved one can also be the presence of Jesus in our lives.

Jesus is alive and He promises to come to us! The question is: “Will we recognize Him when He comes?”